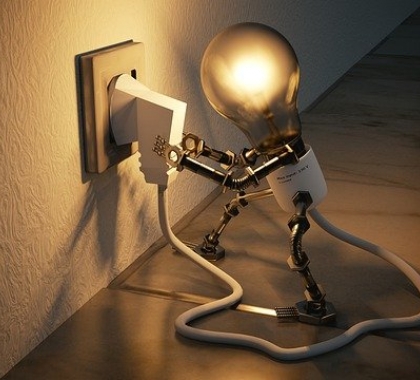 The topic of electricity generation can be complex.

We all use electricity but few think about how it’s generated and how it gets to where we need it.

A subject often misunderstood and overlooked by most outside the industry regarding electricity generation are the concepts of electric generation capacity and capacity factor. They are often used in misleading ways in mainstream media yet understanding them is crucial in knowing some of the strengths and limitations of electricity generated from sources such as nuclear, coal, natural gas, wind, and solar.

First, let’s start with what the term “capacity” means when referring to electricity generation.

Capacity is the maximum electric output a generator can produce under specific conditions. Each power plant or generating facility has a “nameplate capacity” which indicates the maximum output that the generator can produce. For example, if XYZ Power Plant has a nameplate capacity of 500 megawatts, it means the plant is capable of producing 500 megawatts operating at continuous full power.

The capacity factor is the ratio between what a generation unit is capable of generating at maximum output versus the unit’s actual generation output over a period of time. These two variables can be significantly different.

Many generators do not operate at their full capacity all the time. A generator’s output may vary based on maintenance issues, weather conditions such as wind and sun availability, fuel costs, and/or as instructed by the electric power grid operator.

The capacity factor for renewable resources such as a utility-scale wind or solar facility is significantly less than a baseload nuclear, coal or natural gas plant due to the variability of the wind and sun. Baseload power plants, typically using fuel sources such as nuclear, coal, natural gas or hydro, can operate continuously, unlike variable resources like wind and solar facilities.

For example, when the XYZ Wind Project comes online its nameplate capacity maybe 500 megawatts, but that should not be confused as to the actual energy output the project will produce. Remember, the wind is highly variable, so the capacity factor of a wind farm is significantly less than its nameplate capacity. According to the U.S. Energy Information Administration (EIA), the average capacity factor for utility-scale wind projects in 2015 was 32.5 percent. Using the XYZ Wind Project example, that means only a third of its full capacity is being generated over the course of the year due to wind variability.

Energy Education 101 is an ongoing NMPP Energy series focusing on energy-related topics with the goal of providing straightforward, agenda-free information that can help provide a better understanding of the energy that powers our modern society.