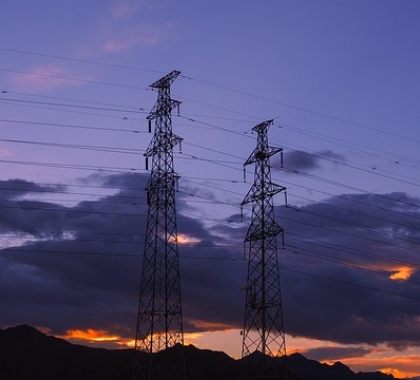 Most people might think of the U.S. electric grid as one, giant complex system. In reality, it’s actually three systems operating essentially independently except at a handful of integrated connection points.

The three separate electric systems in the continental U.S. are:

Electric generators (power plants) within each of the regional interconnections operate in sync with each other (same frequency and phase) — this is critical to maintain reliability of each interconnection. An effort was made decades ago to connect the Eastern and Western Interconnections but failed as the frequencies on each side did not match. The mammoth systems were simply too large and had too much inertia to be synchronous. A simple analogy is to picture two giant floating ocean liners trying to stay tied together by a rope.

Enter the need for DC ties.

Technology advancements in the 1970s paved the way for the development of DC ties, which allowed the east and west grids to connect with a limited amount of power being able to flow back and forth across the two systems. The DC ties act as a sort of ultra high-tech “shock-absorber” between the two systems.

There are seven DC ties connecting the Eastern and Western Interconnections in the United States, including two in the panhandle of Nebraska: the Virginia Smith Converter Station near Sidney, Neb., and the David Hamil DC tie near Stegall, Neb. The seven ties run north/south and form a vertical “seam” across the country.

With aging electric assets and an evolving energy mix that includes increasing amounts of renewable energy and natural gas, efforts are under way to look at enhancing and modernizing the interconnectedness of the separate systems as part of the U.S. Department of Energy’s overall Grid Modernization Initiative. Due to the sheer complexity of the nation’s electric grid, this is a huge undertaking and includes many stakeholders.

One of the components to the initiative is studying the DC ties and cross-seam transmission to move more renewable energy from the middle of the country to the coasts and sharing capacity between regions for improved grid reliability. Upgrading the ties and the accompanying transmission lines that would also likely be needed would come with a high price tag.

Another factor that has possible impacts is the consideration of a group of utilities known as the Mountain West Transmission Group joining the Southwest Power Pool (SPP), the regional transmission organization responsible for coordinating the dispatching of power resources and transmission in a 14-state region in the Midwest. If the Mountain West group joins SPP it would expand SPP’s footprint farther into the Western Interconnect, placing more uncertainty on how this would affect the operation of the DC ties and the utilities that move power across them.

The Mountain West group was moving toward integration with SPP until April when Xcel Energy, the group’s largest member, decided to withdraw from the group. The remaining group participants are currently evaluating their next steps.

As a wholesale electricity supplier to communities stretching from Iowa to Colorado and Wyoming, the Municipal Energy Agency of Nebraska is one of a few utilities that has power delivery obligations in both the Eastern and Western Interconnections.

MEAN holds firm (highest priority) transmission rights to move a limited amount of electric load across the Virginia Smith Converter Station to serve electric load in both Interconnections. Historically, this served as an asset for MEAN as it provided flexibility in serving electric load with resources in both Interconnections, whichever was most economical for participants. MEAN also uses the DC ties near Rapid City, S.D. and Lamar, Colo., on a non-firm (lower priority) basis when advantageous.

MEAN continues to be active by attending stakeholder meetings regarding the DC ties and modernizing the connectiveness of the Interconnections and the possible integration of the Mountain West group into SPP.

For now, the one thing certain is uncertainty; any changes could impact MEAN and its participants operationally and economically.